Things to do in Russia During the World Cup

Even though the World Cup in Russia kicked off way back on 14th June 2018 and after a month of international football,  that occured throughout the western parts of Russia, including Moscow, St Petersburg, Kazan, Sochi, Kaliningrad, Nizhny Novgorod, Volgograd, Rostov-on-Don, Samara, Ekaterinburg and Saransk, it's still left us in awe of Russia and the diverse goegraphy. That's why this blog post is as popular as ever, so please feel free to read on to discover what our favourite things to do in Russia were during the world cup 2018.

Things to do in St Petersburg

Things to do in Moscow

Things to do in Volgograd during the World Cup: Volograd will hold 4 group stage matches at the world cup and is located on the Volga river and is over 900 km south south-east of Moscow. There are plenty of things to do in Volgograd during the world cup and many of them include visits to museums and theatres, plus there are many beautiful buildings to admire and parks on long walks. But for those who are looking for adventure there are also a few things you can do in Volgograd to pass the time such as an escape room adventure in Volgograd or perhaps you can try vodka tasting at one of the local traditional bars. There is limted accommodation available in Volograd, so if you are looking for Volograd accommodation for the Worold Cup, GivYo has a solution.

Things to do in Volograd

Things to do in Sochi: We all probably know Sochi because of the 2014 Winter Olympics but what you may not know is that Sochi is Russia's go to holiday resort! This means that recommending things to do in Sochi during the World Cup will be a doddle. For starters they have a beach! This is the only host city for the tournament that has a beach, so if you love a beach, head to Sochi. That said Sochi is quite far from the other host cities but connections are pretty good. There is one really crazy place to go to in Sochi that GivYo highly recommends and that is the Mountain Beach year-round water park! This water park is located on top of a shopping centre, don't let that put you off as once inside you will think you are on a tropical beach in the Caribbean. The glass roof that absorbs heat from the sun, means that the temperature is always at 30 degrees and the water is always 28 degrees. There is sand, palm trees and of course sun beds and deck chairs.

Keep an eye on this post for extra details of things to do in Russia, we will also be posting our ideas on Facebook and Twitter. 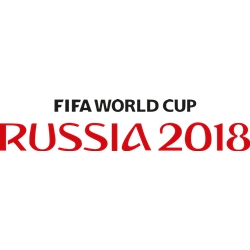 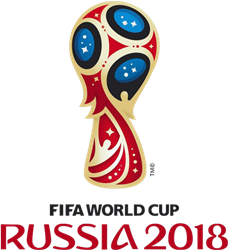 This site uses first and third party cookies to provide you with a great user experience, measure audiences and show you personalised ads. By using Givyo you accept our use of cookies. For more details about cookies and how to manage them, see our cookies policy.